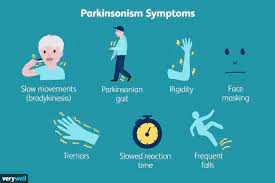 While Parkinson’s Disease is most prominent in older adults, younger people can also receive the diagnosis. Some of the early signs of Parkinson’s Disease include: tremors, smaller handwriting, trouble moving or walking, constipation, a softer speaking voice than normal, resting face that looks mad, serious, or depressed, dizziness or fainting, and stooped posture. If you have a combination of these symptoms and have a reason to believe that you might have Parkinson’s Disease, schedule an appointment with your physician to get checked out.

Living with Parkinson’s Disease, as with any other neurological disease, can be difficult but it is not impossible. Here are some tips for making it a bit easier:

1. Work with your physician and neurologist to set up a plan for therapies that will drastically delay and help the more detrimental effects of Parkinson’s Disease. Speech Therapy and Occupational Therapy can be helpful from Day One of Diagnosis.

3. Talk to family and friends who can help you set up a support system.

4. Learn everything that you can about Parkinson’s Disease and the effects that it can (but not necessarily will) have on your life. As you do the research, remember that Parkinson’s Disease does not affect any two people in the same way and your journey will be different from anyone else’s. There are similarities in most cases, but just because you read that something CAN happen, does not mean that it WILL happen.

Living well with Parkinson’s Disease depends largely on the amount of exercise, therapy, and support each person has.

There is still a limited understanding of Parkinson’s Disease in the medical field due to the difficulty of researching a disease that manifests differently in different people. If you would like to learn more about how to donate to the cause or if you have more questions or concerns about Parkinson’s Disease, please check out this link for more information: https://www.parkinson.org/